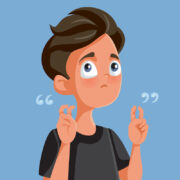 Most of the time, it’s appropriate when an auto-correct feature turns single and double hash marks into single and double curly quotes. However, there are times when the curly quotes are awkward for some reason or actively wrong. For instance, hash marks indicate feet and inches, as in 5′ 6″. You could attempt to disable the auto-correct feature or copy and paste a hash mark from some other place, but the simple fix is to type the hash mark, watch auto-correct change it, and immediately press Command-Z to revert to the hash mark. We can’t guarantee this will work in all situations, but it’s generally effective. 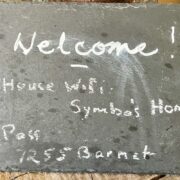 You’re on vacation with your family, staying in an Airbnb, with multiple Apple devices to connect to the apartment’s Wi-Fi. Typing the password repeatedly would be a pain, but happily, Apple has added a password-sharing feature to all its operating systems. Once you enter the password on your iPhone, whenever someone else—or another of your devices—tries to connect to the Wi-Fi network, your iPhone will prompt you to share the password. Tap Share Password and then Done. It’s also a great way to share your home Wi-Fi password with a visitor. (For password sharing to work, both devices must have Wi-Fi and Bluetooth on and Personal Hotspot disabled, and you and the other person must have each other’s Apple ID email address saved in Contacts.) 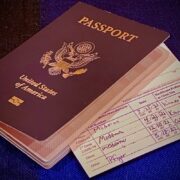 We increasingly need to take photos of documents—vaccination cards, driver licenses, passports, etc.—to submit for online verification. That’s often easier said than done, especially when taking a photo at night under lights that obscure the text with glare and shadows. Similarly, when photographing a screen to document a problem for tech support, it’s often difficult to capture it without a problematic reflection. For a possible solution, back up from the thing you’re photographing and use your iPhone’s zoom feature to enlarge the document or screen. The extra distance often lets you adjust the angle and positioning to prevent glare, shadows, and reflection. 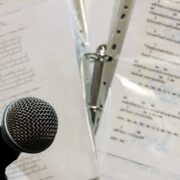 It’s often tough to figure out exactly what a singer is saying (which can lead to some amusing mistakes), but for many songs in Apple Music, you can bring up full lyrics in the Music app, regardless of which device you’re using. On the Mac, click the speech balloon button in the upper-right corner to display the lyrics pane on the right side of the window. On an iPhone, tap the playback controls at the bottom of the screen to bring up the Now Playing view, then tap the speech balloon button in the lower-left corner to show lyrics. Music on the iPad is similar to the iPhone, but the speech balloon button is on the right side. With many songs, the lyrics will scroll as the song plays, but with others, you’ll just get a static display. Either way, you’ll know that the ants, my friends, are not blowin’ in the wind. 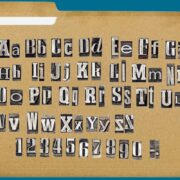 Back in the early 1980s, DOS filenames couldn’t be more than 8 characters long with a period and a 3-character extension. That was limiting, so when Apple developed the Mac operating system in 1984, it allowed longer names and eliminated the need for an extension, although Mac OS X’s Unix roots meant a return of the filename extension in 2001. Since then, filename restrictions have loosened to the point where it’s easy to think that they no longer exist.

If only that were true! In some ways, the situation has become even cloudier, thanks to additional limitations from file-sharing services like Dropbox, OneDrive, and Box. (Google Drive’s native Web interface reportedly has no naming limitations, but files whose names contain Windows or macOS forbidden characters may not sync via Google Drive’s desktop software.) Plus, people tend to move files between operating systems more than ever before—if you’re sending a file from your Mac to a Windows user through Dropbox, you need to make sure that all three can deal with the filename.

At least length isn’t something that you generally have to think about these days, since both macOS and Windows—and the cloud services—accept filenames up to 255 characters in length. Technically speaking, Windows limits directory paths (the enclosing folder names along with the filename) to 255 characters, but even still, that shouldn’t be difficult to avoid.

What could go wrong if you run afoul of a naming restriction? macOS and Windows may simply not let you type the character—for example, you can’t put a colon in a Mac filename. Putting a period at the start of a Mac or Unix filename will hide the file. Cloud sharing services might rename the file, or you might encounter syncing issues where files don’t appear where they should. Certain characters can also cause trouble when files are used at the command line.

Here are the characters to avoid and the operating systems and services that prohibit them:

In addition, avoid using special characters like the © (copyright) symbol or emoji 🤷🏽‍♂️  in filenames. They might work locally, but all bets are off if you share the files in any way.

A few other recommendations:

If all that seems like a lot to keep in mind, here’s the simple rule that will ensure your filenames will work everywhere:

(Featured image by iStock.com/cosmin4000 and smartstock)