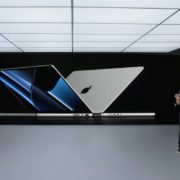 Last year, Apple started to transition Macs away from Intel processors to its custom M1 system-on-a-chip. The M1’s performance is stellar, but Apple has used it only in low-end models so far: the MacBook Air, 13-inch MacBook Pro, Mac mini, and new 24-inch iMac. For professionals looking for more power, Apple unveiled the future of high-end Macs at its October 18th Unleashed event.

Two new chips—the M1 Pro and M1 Max—increase performance significantly beyond the M1, and Apple built them into new 14-inch and 16-inch MacBook Pro models along with features that respond to criticisms of previous models. Welcome as these new MacBook Pros are, many people were also hoping to see an Apple silicon refresh of the popular 27-inch iMac. That didn’t happen, but Apple released several other music-related products and services at the event.

In a quick set of announcements at the start of its event, Apple revealed an update to the popular AirPods, new colors of the HomePod mini, and a budget pricing tier for Apple Music. Plus, press releases revealed the ship date for macOS 12 Monterey.

Apple’s professional MacBook Pro has been a workhorse of the Mac lineup for years, offering high-end performance in a portable package. Since 2016, however, customers have expressed irritation at Apple’s removal of ports other than Thunderbolt 3, the loss of MagSafe magnetic charging, and the Touch Bar replacing traditional F-keys. Here’s how the new MacBook Pros respond to those concerns.

Although Apple did equip the 13-inch MacBook Pro with an M1 chip in November 2020, it wasn’t notably faster than the cheaper but largely comparable M1-based MacBook Air. We suspect no one will be complaining about the performance of the new 14-inch and 16-inch models thanks to the addition of Apple’s just-released M1 Pro and M1 Max chips.

Both the M1 Pro and M1 Max feature an Apple-designed media engine that accelerates video processing while maximizing battery life. Both also have dedicated acceleration for the ProRes professional video codec for working with 4K and 8K video. The M1 Max doubles the M1 Pro’s performance for video encoding and provides two ProRes accelerators. In other words, if you’re working with video, these new Macs are going to scream, particularly with an M1 Max.

Most notably, for those who need more screen space than the 13-inch MacBook Pro can provide, the new MacBook Pro models have higher resolution displays. The 14-inch screen has a 3024-by-1964 native resolution that’s slightly larger than the previous 16-inch MacBook Pro (3072‑by‑1920), and the new 16-inch model offers even more pixels with a 3456-by-2234 resolution. The new displays are more than twice as bright as the previous models, and they support ProMotion, which adjusts the screen refresh rate (and thus power consumption) to match the needs of the onscreen content.

On the downside, Apple brought the new displays so close to the case edges that the new 1080p FaceTime HD camera (better videoconferencing quality but no Center Stage support) lives in an iPhone-like notch that cuts the Mac menu bar in half. Full-screen apps can avoid the notch. Although the notch isn’t ideal, iPhone users seldom notice it after a short while, and we expect the same will be true here.

Despite the notch and the weight, these are impressive new entries in the Mac lineup, and we anticipate they’ll be well-received by users who are happy to pay more for top-of-the-line machines. The 14-inch MacBook Pro starts at $1999 and the 16-inch model at $2499. Numerous options are available, so you can choose an M1 Pro or M1 Max for either size, and pick from 16 GB, 32 GB, and 64 GB unified memory configurations. When it comes to storage (which Apple says is also more than twice as fast as previous SSDs), your choices are 512 GB, 1 TB, 2 TB, 4 TB, and 8 TB. Beware that the 8 TB SSD will cost you $2400. 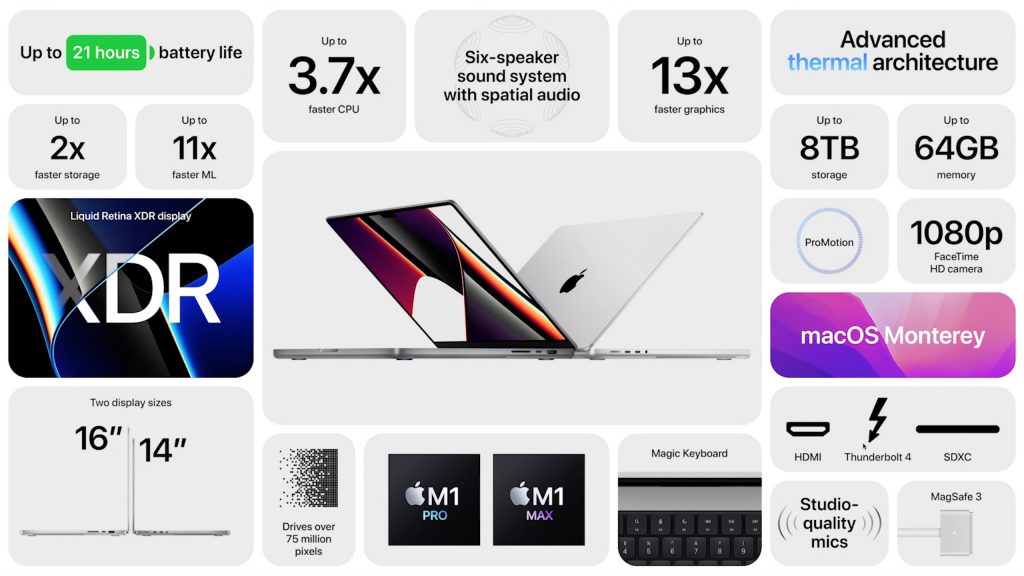 We can’t make informed recommendations about what options you should choose until users start testing their real-world workflows against the M1 Pro and M1 Max and see how much memory is really necessary. For now, let your budget be your guide, and aim for an M1 Max if you work with video. You can place orders with Apple now, but be warned that global supply chain issues may mean waiting for some configurations. 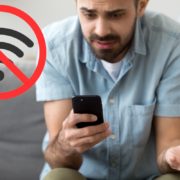 It’s easy, particularly when traveling, to end up connecting to a Wi-Fi network that doesn’t provide Internet access, requires credentials you don’t have, or lacks access to the network’s printer. Unfortunately, once your iPhone, iPad, or Mac has connected to such a network, it may reconnect to it later, causing consternation when things don’t work. The solution? Whenever you realize a Wi-Fi network is worthless, forget it. (The network, that is.) On the Mac, open System Preferences > Network > Wi-Fi > Advanced > Wi-Fi, select the network in the list (you don’t have to be connected to it), click the – button, and click Remove. On an iPhone or iPad, when you’re connected to the offending network, go to Settings > Wi-Fi, tap the i button to the right of the current network, and tap Forget This Network on the next screen. 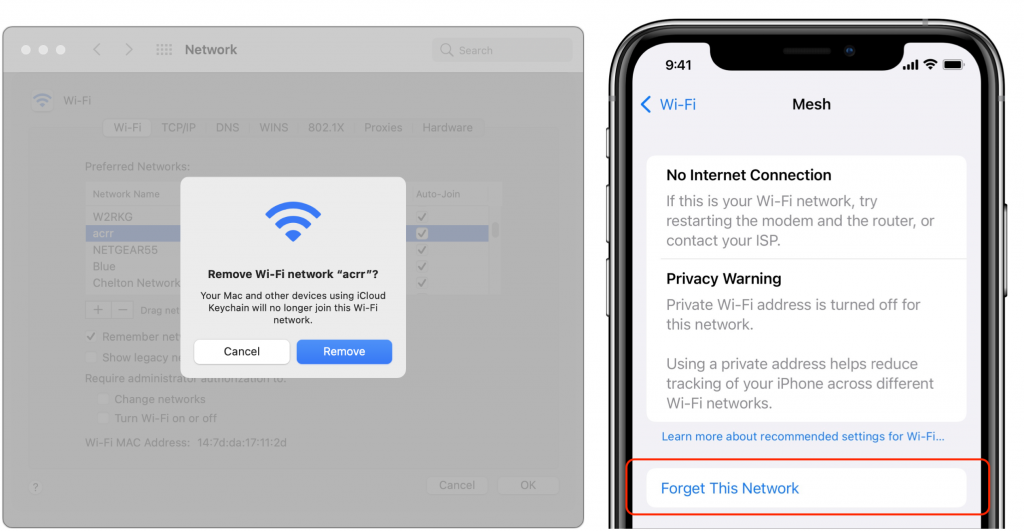 (Featured image based on images by iStock.com/fizkes and Elena Pimukova) 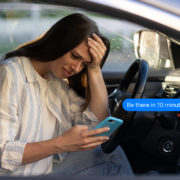 Here’s a tricky situation that threw one of our clients for a loop recently. Texts they sent in Messages via iMessage (indicated by blue bubbles) to their son, letting him know they were stopping by weren’t being delivered, making their visits a surprise. But other texts worked fine. The problem, it turned out, was that Cellular Data had somehow gotten turned off in Settings > Cellular. So messages worked fine as long as the iPhone was on Wi-Fi at home, but as soon as they were on the road using a cellular connection, the iPhone could no longer communicate with the Internet. In theory, Messages should fall back to SMS (indicated by green bubbles), which doesn’t require cellular data, but that doesn’t always happen. The fix? Just enable Settings > Cellular > Cellular Data again. 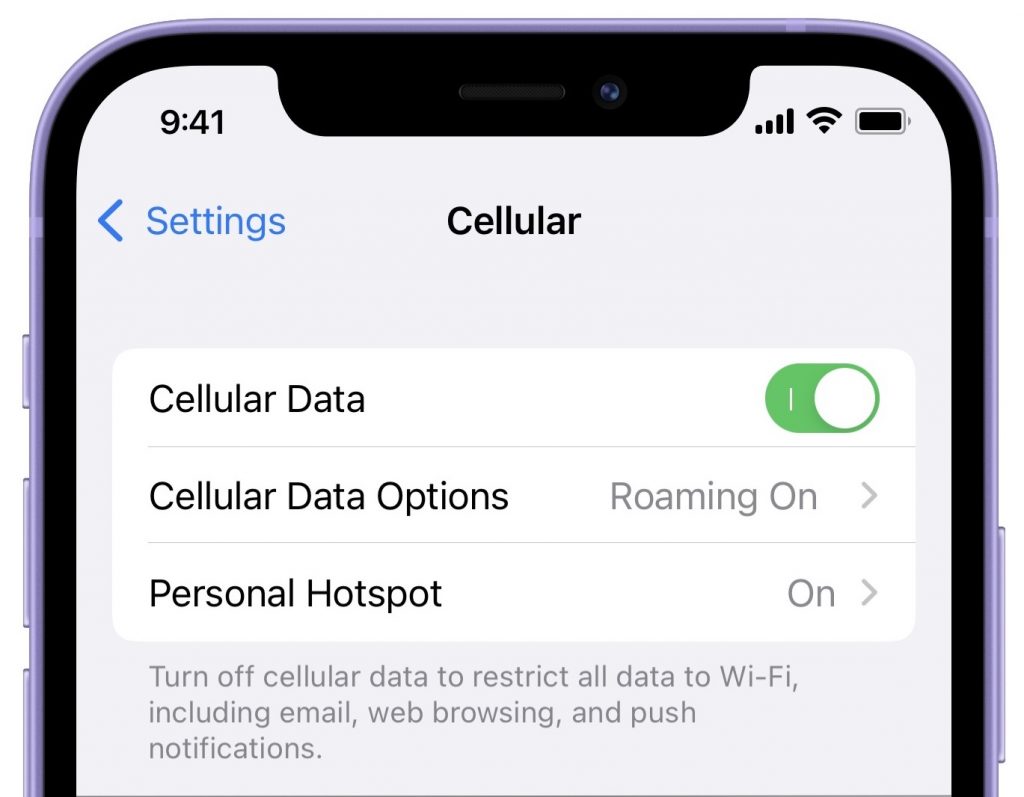 (Featured image based on an original by iStock.com/Dima Berlin) 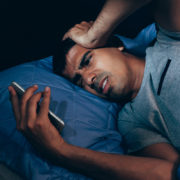 In iOS 15 and iPadOS 15, Apple expanded the concept of Do Not Disturb to what it calls Focus. You can create a Focus for different types of activities, so only specific people and apps can break through your cone of silence at appropriate times. Focus subsumes the old Do Not Disturb functionality, and your settings may not transfer when you upgrade, leaving you open to being woken at night by a previously silenced notification. To check and reset things to your liking, visit Settings > Focus > Do Not Disturb. If necessary, tap Add Schedule or Automation to set a schedule or try the new Smart Activation option. Then decide who, potentially beyond those in your Favorites, should be able to get through, along with any apps that might be essential. Note that you shouldn’t enable the Do Not Disturb switch at the top—that turns on the Do Not Disturb Focus immediately. 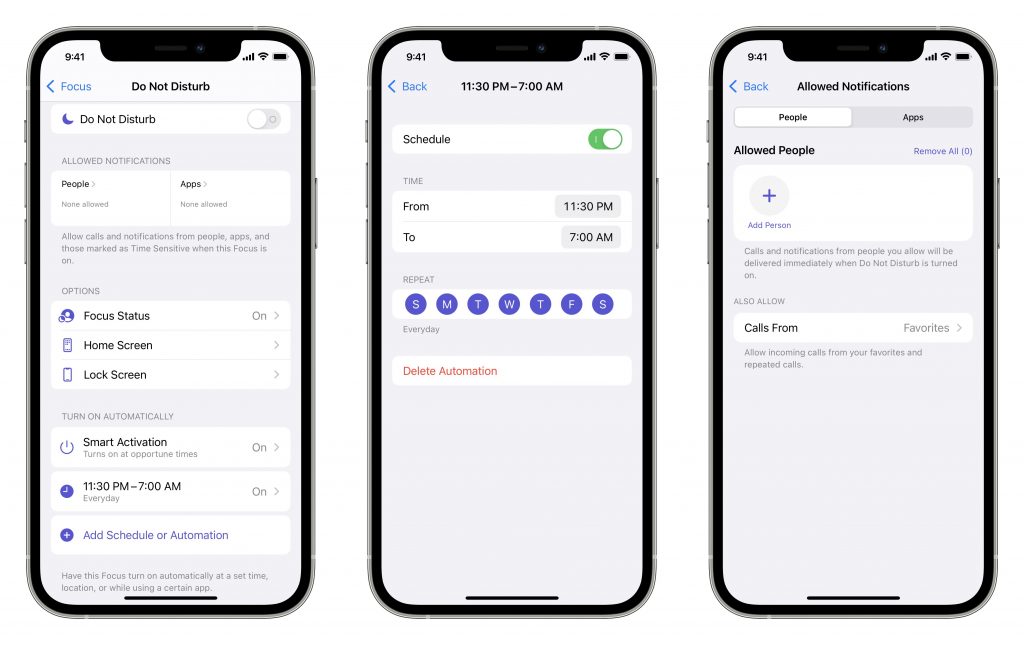 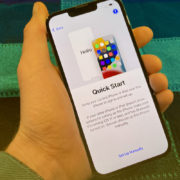 You have a new iPhone or iPad—congratulations! When transferring your data to the new device, you have three options: Quick Start, an iCloud backup, or a Mac backup. All will work, but they don’t quite provide the same end result (particularly if you didn’t encrypt your Mac backup). Our advice—backed by this post from Apple expert John Gruber—is to try Quick Start first because it transfers everything directly from your old device to your new one, maintaining app logins in most cases and allowing you to transfer your Apple Watch pairing. It may seem like it’s taking a long time before you can use the device, but it’s worth it to avoid logging in to numerous apps and unpairing and repairing your Apple Watch. 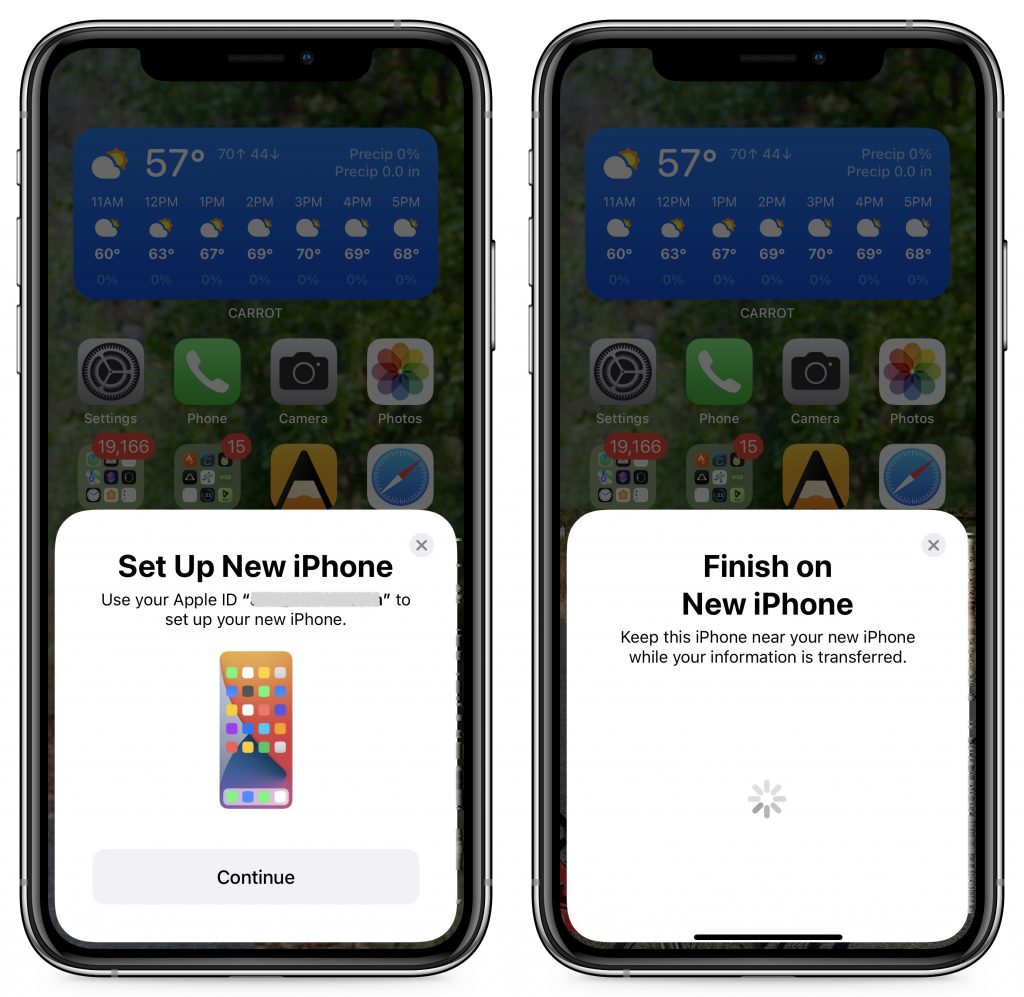